youki: A container runtime in Rust 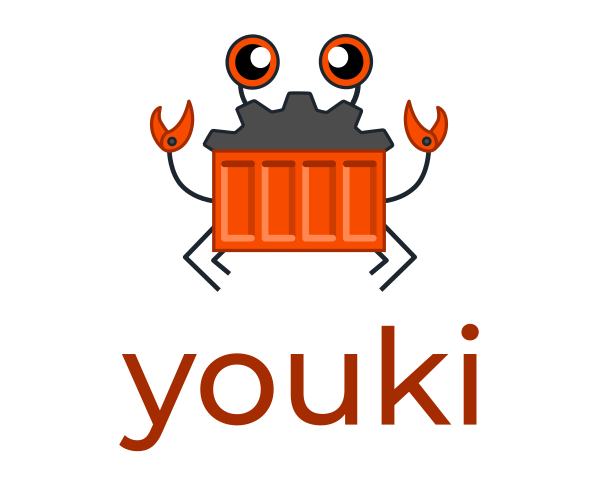 youki is an implementation of the OCI runtime-spec in Rust, similar to runc.

youki is pronounced as /joʊki/ or yoh-key. youki is named after the Japanese word 'youki', which means 'a container'. In Japanese language, youki also means 'cheerful', 'merry', or 'hilarious'.

Here is why we are writing a new container runtime in Rust.

youki is not at the practical stage yet. However, it is getting closer to practical use, running with docker and passing all the default tests provided by opencontainers/runtime-tools.

Design and implementation of youki

More details are in the works #14

Local build is only supported on linux. For other platforms, please use Vagrantfile that we prepared.

Let's try to run a container that executes sleep 30 with youki. This tutorial may need root permission.

Then, we need to prepare a configuration file. This file contains metadata and specs for a container, such as the process to run, environment variables to inject, sandboxing features to use, etc.

We can edit the config.json to add customized behaviors for container. Here, we modify the process field to run sleep 30.

Then we can explore the lifecycle of a container:

Change the command to be executed in config.json and try something other than sleep 30.

That means your normal Docker daemon is running, and it needs to be stopped. For that, open a new shell in same directory and run :

Now in the same shell run the first command, which should start the docker daemon.

You can use youki in a different terminal to start the container.

Afterwards, you can close the docker daemon process in other the other terminal. To restart normal docker daemon (if you had stopped it before), run :

Go and node-tap are required to run integration test. See the opencontainers/runtime-tools README for details.

You can try youki on platforms other than linux by using the Vagrantfile we have prepared. We have prepared two environments for vagrant, namely rootless mode and rootful mode

We also have an active Discord if you'd like to come and chat with us.

This project welcomes your PR and issues. For example, refactoring, adding features, correcting English, etc. If you need any help, you can contact me on Twitter.

Thanks to all the people who already contributed!